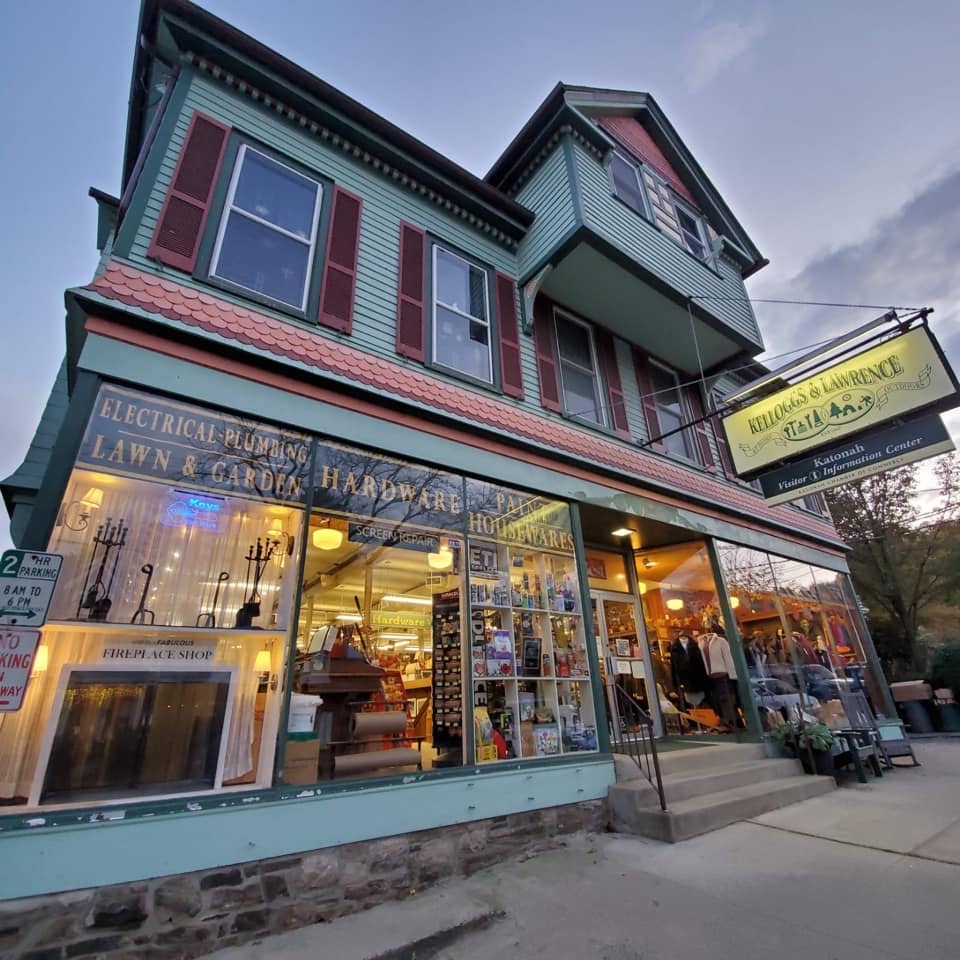 Even with Home Depot nearby and Amazon just a click away, Kellogg’s & Lawrence has remained a local favorite. Adults grab a handful of peanuts as they walk in while children run to the back to play with the toys. Since visits to the store are now quick pick-ups outside or home deliveries, Katonah Connect had a chat with Diana to learn a little bit about the store so you can stay “connected” during this time.

Kellogg’s & Lawrence has been a staple of Katonah life since Henry W. Kellogg purchased the hardware business in 1887. When Bart and Diana Tyler purchased the store in 1996, the store’s name and reputation for friendly service remained, and so did a Kellogg. In fact, you can still see Jeffrey Kellogg at the store today.

When the Tylers took over, the store carried all of the essentials: tools, paint and hardware, but customers began asking for more. There were requests for gift items, wind chimes, curtain rods, pretty pots, and nice gloves, to name a few. Instead of sending customers elsewhere, they chose to expand their inventory, and between the gift items, clothing shop, children’s toys, outdoor equipment and fireplace doors, they’ve successfully filled every square inch of space available. But one of Diana’s most memorable requests occurred many years ago.

“A sweet old customer came into the store and asked me if she could see the toolboxes,” Diana recalls. “I immediately showed her the four we had, but she shook her head – those weren’t quite right. So I took her through the store and showed her other types of boxy things – an electrical toolbox, a carpenters toolbox, etc. No, these weren’t what she needed, either.

“After about 15 minutes of judging them all, she finally spilled the beans and explained what she wanted it for,” Diana continued. “Her cat died during the winter, and she had wrapped him up like long a long tube and put him back of her large freezer. Now, she wanted to bury him in a box in the ground. But, because her cat was frozen to the length of 37 inches, she didn’t want to break off part of the tail to make him fit, nor did she want to defrost him!  Eventually, she settled on an under-the-bed storage box that measured 37” across, and she left the store happy!”

“The responsiveness of Katonah’s populace is counter-intuitive to many of the nation’s towns and villages. Where others are drying up and closing, we are doing well. Katonah supports its businesses.”

While they haven’t gone into the pet coffin business, there was one other request that did create an entire section of their business. One day, a customer walked in and announced that his fireplace was ugly. He asked the Tylers if they could help. So they did. Now, they feature approximately 15 different fireplace doors on their floor. They’ll help you select a door, then they’ll take measurements and install the screen and door once the order comes in. Diana says that it’s been a wonderful addition to “the family.”

And, of course, there’s the little toy department, which they say is their baby. When children walk in the store, they head straight there, happily playing while their parents shop.  Everyone’s favorite is the car garage – everyone’s. Diana often catches teens and parents happily playing with it as well! 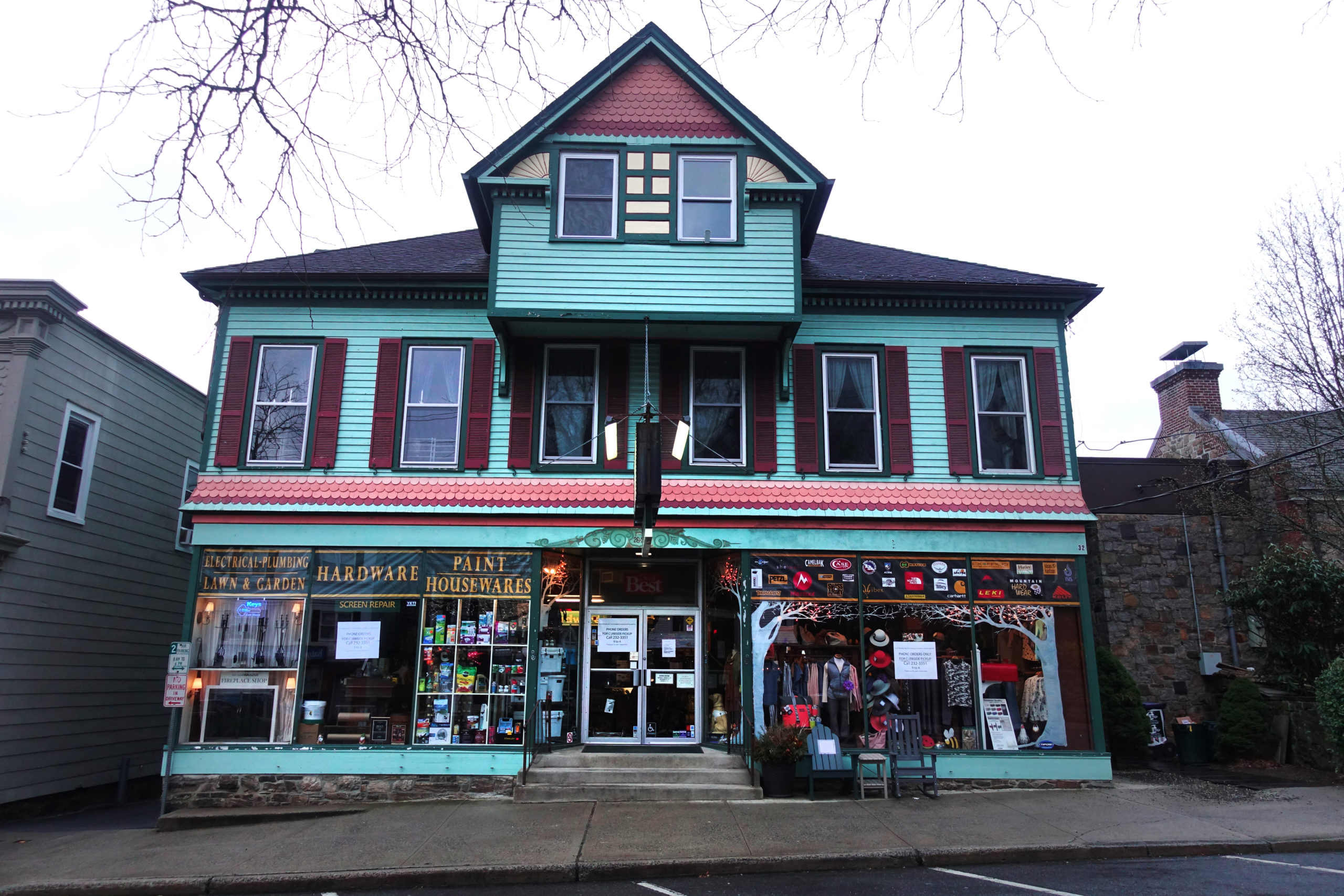 The Tylers are dedicated to the Katonah community and have started, run, volunteered, and participated in a dozen of the community’s organizations.

“It’s what brings the meaning to our lives and enriches us,” Diana explains. “The responsiveness of Katonah’s populace is counter-intuitive to many of the nation’s towns and villages. Where others are drying up and closing, we are doing well. Katonah supports its businesses.”

They’re looking forward to the town returning to its bustling, friendly nature soon, and they’re hoping that not too many become hooked on the ease of online shopping. The Tylers are eager to open the doors, and their hearts, again.

“The COVID-19 crisis is unprecedented for this nation,” Diana continues. “I want Katonah to succeed in passing through this crisis. I want all of the businesses to survive and function again. I want the community to reestablish itself and be as vibrant and dynamic as before. We want to work for this community and contribute to helping Katonah maintain its course. Kellogg’s has been here since 1887, and we’re still available to serve our customers and all of their needs. We have product. We have a caring and dedicated staff. We are here to serve you.”