Recently, a South Salem resident suggested I write a weekly column to share what’s on my mind. She explained that she really enjoys my writing and would love to read my weekly take on things, whether it’s local or national. To be honest, it’s quite noisy inside my head – there are often a million thoughts struggling for attention, so I’m not sure if she knew exactly what she was in for when she made this request. But since we’re all about pleasing our readers, we figured we’d give it a try! However, Justin and l will likely alternate weeks because, well, we’re a bit busy launching a print magazine and website.

On Tuesday, we witnessed a miracle. The U.S. Senate actually agreed on something – in fact all U.S. senators agreed on something! They unanimously voted for the Sunshine Protection Act. And while I didn’t realize our sunshine was under attack, it’s nice to see them getting along for a hot second.

Given our polarized political landscape (and our utter lack of sleep after “springing forward” two days earlier), we all cheered when we heard the news, but should we? Is a permanent change – one where we live in daylight saving time forever – really better?

As the bill goes to the House, and I continue to walk into rooms and realize I forgot to change another clock, here are five things that have been on my mind this week:

1. The history behind the entire concept of changing our clocks involves a Founding Father, a guy who loves bugs and Canada.

For those of you who haven’t wasted your time (ha!) going down the research rabbit hole this week, here’s a brief history, according to the good folks at Wikipedia. The idea for daylight saving time was first proposed in 1784 by Benjamin Franklin as a way to conserve candles – he was kidding (I think).  Just over a century later, a New Zealand entomologist and astronomer recommended changing clocks back two hours every spring so he could have more sunshine to collect and examine insects – he wasn’t kidding. The concept was finally put into law by our neighbors to the north in 1908.

2. Switching to DST permanently means that it’ll be lighter later, which is bad news for criminals, but good news for our local businesses.

Back in 2015, researchers found that  an extra hour of sunlight means a possible 27 percent drop in robberies. I guess even criminals must sleep at some point? Extra daylight also means our local shops and restaurants would likely benefit from more customers, which makes sense – who wants to shop when it’s cold and dark outside?

3. If we stop falling back and springing forward, many of our children will go to school in the dark every winter.

In fact, on the shortest day of the year (December 21), the sun wouldn’t rise until 8:15 a.m. in New York. It’s already hard enough to get our middle and high schoolers out of bed for that early bus, do we want to make it even worse?

4. Perhaps our elected officials should’ve considered the science before rushing to “save the daylight.”

According to the American Academy of Sleep Medicine, we shouldn’t switch to DST – we should switch to standard time. They say our circadian rhythm (our internal clock that tells us when to go to sleep and wake up) is more closely in line with standard time. If we make the switch to DST, we could increase our risks for obesity, metabolic syndrome, cardiovascular disease and depression.

More than a dozen other organizations, including the National Safety Council and the National Parent Teacher Association, support switching to standard time.

5. We’ve actually tried this before, and it was a complete and utter failure.

Back in 1974, President Richard Nixon, at the height of the Watergate scandal, signed the Emergency Daylight Saving Time Energy Conservation Act in the hopes of saving energy during a fuel crisis. But the experiment, which was scheduled to last two years, only lasted eight months. It didn’t help the country save on energy, and there were several predawn accidents involving children walking to school. Will it be different this time?

Who is right on this? I’ll let you decide for yourself, but I will leave you with one final thought:

Did you know that it’s really called daylight saving time? There’s no “s” at the end of “saving.” However, the correct wording just doesn’t sound right, so most of us say it wrong.

If the bill does pass, there will be one less grammatical error in our vocabularies. That always makes me happy. 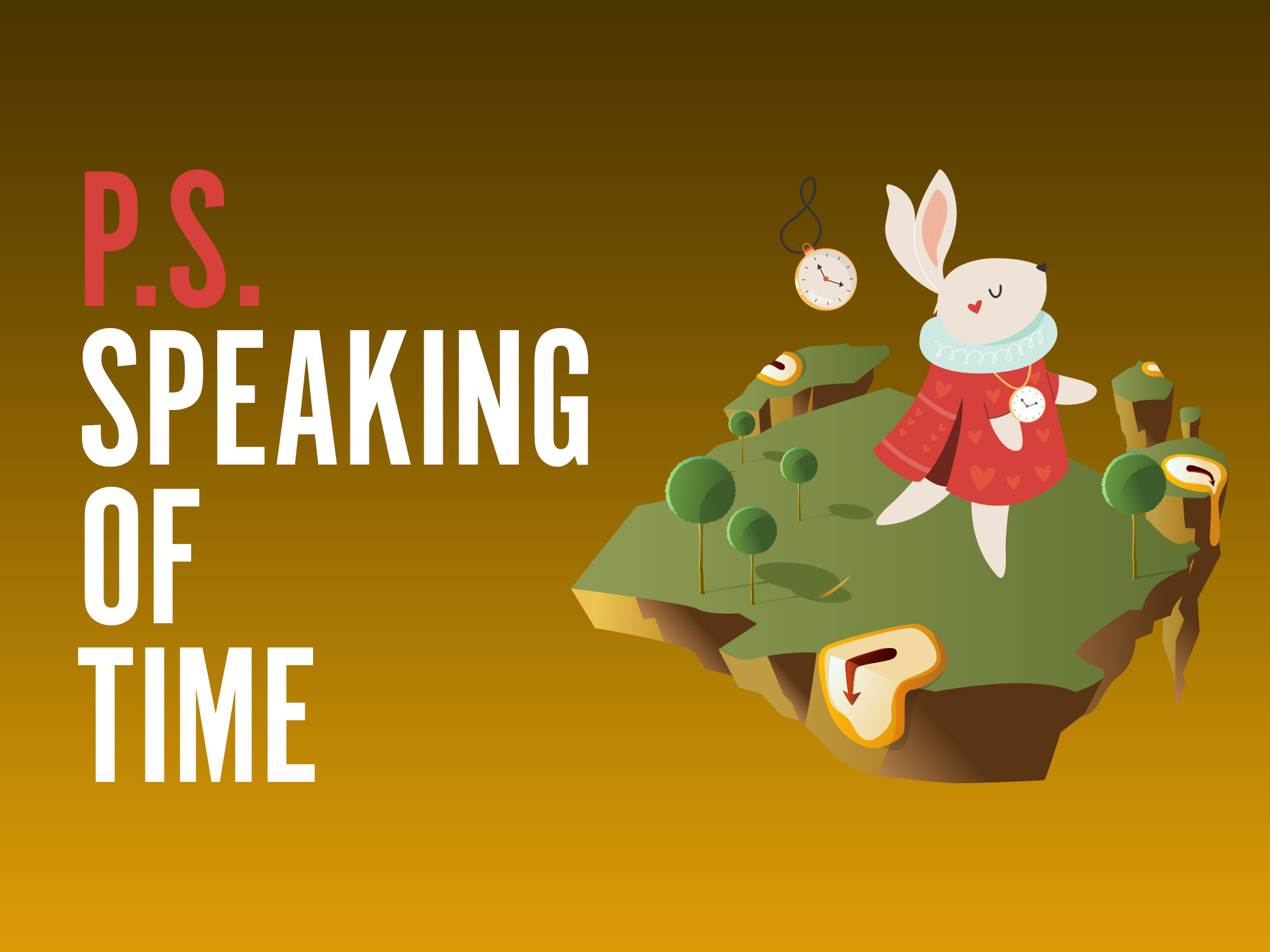 I recently read James Parker’s short essay in The Atlantic titled “An Ode to Being Late.” I loved it so much that I then read it aloud to my daughter who claimed it was too late in the evening for this type of thinking and I was hurting her brain. But for me (and for her, TBH), it was incredibly relatable. If you’re chronically late, this one’s for you.

If you subscribe to The Atlantic, it’s on the last page of your March 2022 issue, or you can read it online. I won’t spoil it for you, but I will say this: I’m now, more than ever, perfectly content with my lateness. And no, I’m not apologizing in advance.