“Hi Susanne, this is John calling from United Auto Warranty to let you know your car warranty expired earlier this month. Would you like to extend your warranty and protect your car for another two years?”

Be honest — more often than not, your phone is ringing from a spam call rather than a friend. But have you fallen for one?

Truecaller finds that in one year alone, more than  59 million Americans reported losing money to phone scams, with the average person losing just over $500.

We headed into Mount Kisco in search of any robocall victims and chatted with a few folks. On average, we found that most were easily able to recognize a scam. In fact, one anonymous woman we spoke with, who says she’s a practicing Jehovah’s Witness, even told us she likes to have a little fun with it. When scammers who she believes are prostitutes call, she asks: “What do you think about all the evilness in the world?”

Here’s what others had to say about the spam calls they’ve received.

LW: So, I actually don’t receive any spam calls or messages. (My phone only rings if the contact is in my phone.

KC: Did you set up your phone to do that?

KC: Did you do that because you were getting a lot of spam calls?

LW: I guess yeah, a long time ago. I had this done for a couple of years now tho.

KC: Do you ever miss important messages?

LW: No, because if it’s not spam then a number will just pop up on my phone, but it won’t ring. Instead, it just sends them straight to voicemai,  so it gives me the opportunity to call them back. 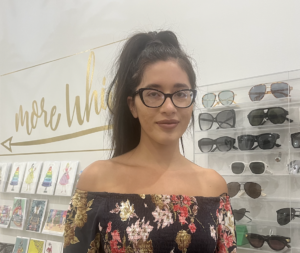 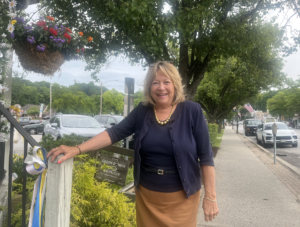 KC: What would you say you get the most?

KC: Have you ever fallen for one?

KC: Is your typical response to just block the number or email address?

S: Always – a lot of blocks. And then I have a 90-year-old mother-in-law who lives in my garage, and she always gets them. I have to block all her calls. They love to call her, and she loves to argue with them!

D: Of course – everyone does!

KC: What is the most common spam message you’ve received?

D: Oh I wouldn’t know, I never look at them. If something comes up and says spam I just delete it.

KC: Do you ever worry you’re missing an important call or message?

D: No. If they want to get a hold of me that bad, they’ll figure it out.

KC: Does the same go for email and text?

D: Don’t do emails – I’m old school! Text I do, but only for family and friends. Once you have stuff like email you’re just opening yourself up to even more. 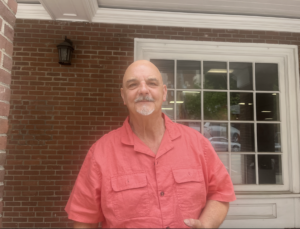 MW: I do, a lot! Mostly from Con Edison saying, “If you don’t pay your bill, we’re going to shut off your electricity.” Obviously, the first time I got it, I panicked. Now, I just tell them to go find a new job or hobby and hang up! I also get some saying they will help me list my business on Google.

KC: Have you found a solution for the spam calls?

KC: Has anyone at the business ever fallen for one?

MW: No, not all the way through at least! I do remember getting the first Con Edison call on a Saturday afternoon and a worker picked up the phone. She was like “Oh my God – it’s Con Edison – they’re going to shut off the electric!”

KC: How often does the business phone receive them?

MW: All the time! Probably every day or twice a day. I’d say for every 10 phone calls, two or three of them are spam. 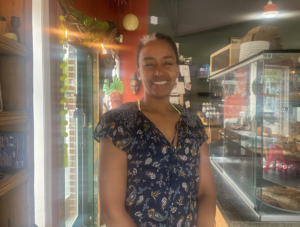 + posts
Aerin Atinsky is a high school senior in Manhattan. She's a student ambassador for News Decoder and the executive editor for her school paper. Aerin is passionate about writing and film and is pursuing print and video journalism. She also has a shameless obsession with Quentin Tarantino films, a love for rock music and might be Harry Potter's biggest fan.
Aerin Atinsky2022-07-15T05:36:41+00:00