It’s not very often we have the opportunity to meet a prince, much less one who is also considered a superhero in his community. India’s Prince Manvendra Singh Gohil will be in Bedford this weekend to celebrate Pride, and we were lucky enough to chat with him prior to his arrival.

A little background on Prince Manvendra:

In 2006, Prince Manvendra became the first openly gay royal in the world, and he’s now considered a champion of LGBTQ+ rights in India and globally. In 2000, he founded the Lakshya Trust, an organization working to prevent HIV/AIDS among men, create employment opportunities for gay men and provide care for older gay men. The organization was awarded  the UNAIDS Civil Society Award in 2006. In 2018, Prince Manvendra turned his 15-acre palace grounds into a haven for LGBTQ+ youth.

On Friday, June 10, Prince Manvendra will be at The Bedford Playhouse for a screening of the documentary “Pieces of Us,” and he will hold a Q&A after the film. The film tells the intertwining stories of five LGBTQ+ hate crime survivors, including the prince. On Saturday morning from 11 a.m. to 1 p.m., the prince will participate in a flag dance workshop and celebration at the Lewisboro Town Park.

Katonah Connect: Why did you want to be involved with the documentary “Pieces of Us”?

Prince Manvendra: I’ve always believed that people’s voices can bring about a lot of awareness and make change happen. Sharing one’s personal life and their stories touches the hearts and minds of people. With documentaries such as this, you may be able to change the most homophobic, transphobic people into believing in you, trusting you and accepting you.

KC: What is your role in the documentary?

PM: I’m one of the characters in the documentary, speaking about my life, my struggles and how I’ve survived them.

KC: What messages are you trying to share with this film?

PM: The most important message is to trust yourself and love yourself. Many times, when we face struggles or challenges, we break down, and that’s because we don’t trust ourselves and we don’t see the light at the end of the tunnel.

This film is, of course, talking about sexuality, but there are so many other issues in this world which people are facing. But if we keep trusting ourselves and we love ourselves, then we have a better hope for tomorrow.

The film is also about starting conversations with others. There are some issues which people just don’t like to talk about, and we need to break this silence. We need to open this Pandora’s Box for discussions because that’s how change happens.

KC: Can you talk about your coming out experience?

PM: In my case, it was a bit slow. I knew I was different, but I didn’t have any name for it and it took me almost 30 years to truly realize who I am and be comfortable with my sexuality. I came out to my parents first, three years prior to making a public announcement. Those three years were very tough for me because my parents were bent on converting me – I was subjected to conversion therapy. But I’m not the only one. There have been so many other victims of conversion therapy.

KC: Wow! That must have been very difficult for you. How can we stop harmful practices, like conversion therapy?

PM: One thing I’m doing is filing a petition in the court in Delhi to ban conversion therapy in India. In India, we are also still fighting for same sex marriage equality, adoption rights and inheritance rights. There’s a lot of work to still be done. Our fight is unending, but we have to keep addressing these issues and creating allies.

PM: When I gave my public declaration, that was worse. It felt like the whole world was against me. But even then, I was not afraid of anyone because I knew I was being honest. Honesty may give you obstacles in your life, but it will also make you victorious.

KC: Despite the hatred you faced in response to your coming out, was there anybody that was there for you?

PM: Surprisingly, for me, the older generations were more supportive than the younger ones. My secretary, who is going to be 99 this year, was extremely supportive of me. He was the first person to congratulate me when I came out publicly, and he defended me against homophobic people. My music teacher, who was 90, was also extremely supportive of me. He said, “If you provide me a wheelchair, I don’t mind walking the Pride walk.”

KC: You continually fight hatred with such calmness and respect. How do you do it?

PM: To fight homophobia, you must fight violence. People might hate me, but I still love. Whenever people were against me, I didn’t blame them –instead I blamed their ignorance. I like to educate people and bring them out of that ignorance. In the last few years, I’ve been counseling parents on how to accept their children.

KC: You’re kind of like a superhero among the gay community. What would your superhero name be?

PM: I would say I am a warrior. I’m from a warrior clan and when we fought wars, we would seek the blessing of the Goddess of Strength and apply a mark on our foreheads to fight our enemies and come back victorious. So I do this every day in my life – put on this red mark –  because now I am fighting the war of hypocrisy and hatred with homophobic people, transphobic people and bigoted people. So I apply this, then I go out into my battlefield and I come back victorious.

KC: What are you feeling connected to right now?

PM: At each and every moment of my life, I feel connected with everyone around the world. Without that connection, it’s not possible to survive. 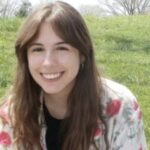 Kaitlyn Hardy is studying journalism and film at Emerson College. In addition to being a writer, Kaitlyn is also an avid reader, tea drinker, and movie watcher.